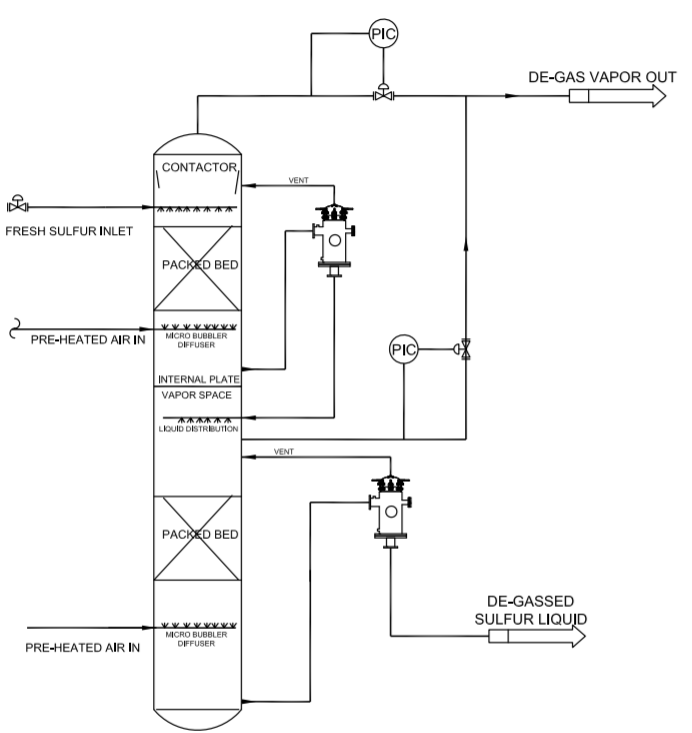 The purpose of the SUL-CLEAN tower is to remove/convert hydrogen sulfide compounds in the sulfur produced by claus recovery units.

roduction of the air bubbles utilizes a distribution system that increases the number of bubbles by decreasing the size which results in a large increase in the overall surface area.

Also, the tower uses a two-step method for contacting the air with the sulfur. The first stage removes the greater portion of H2S/H2Sx’s, similar to existing designs. This contaminated air is removed from the tower. Then, a second contact section introduces fresh air to act as a polishing section for the sulfur which includes the same air diffusing system that is in the first stage of the tower.

The sulfur flow/level is controlled by a SOS SulTrap designed for this special application. Standard level control devices have at time been an issue,

This two-step process provides that extra line of protection to prevent sulfur with higher than permitted levels of hydrogen sulfide from being transported.